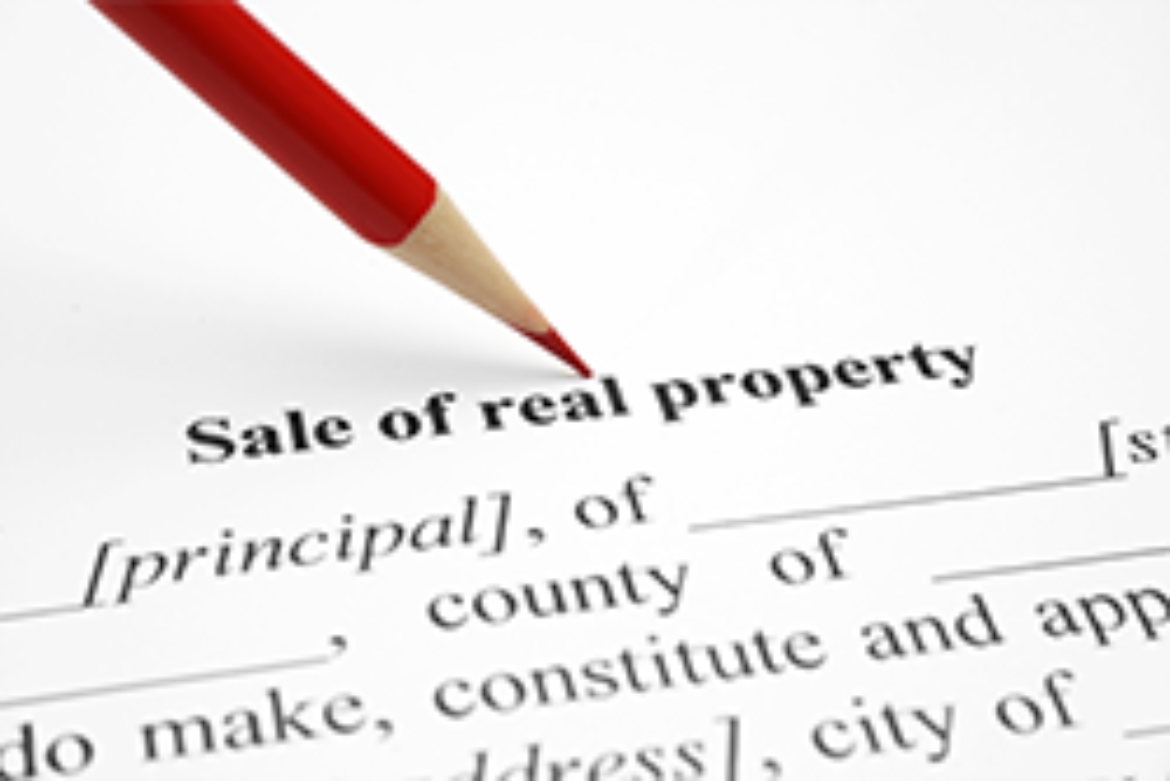 Real estate disputes arise in a number of different scenarios including breach of a sales agreement, broker/agent negligence, and fraud, among others.

CACI Jury Instruction 356.Buyer’s Damages for Breach of Contract for Sale of Real

CACI Jury Instruction No. 357.Seller’s Damages for Breach of Contract to Purchase Real

To recover damages for the breach of a contract to buy real property,
[name of plaintiff] must prove:
1. The difference between the amount that was due to [name of
plaintiff] under the contract and the fair market value of the
property at the time of the breach; [and]
2. [Insert item(s) of claimed consequential damages, e.g., resale
expenses].
New September 2003
Directions for Use
Read this instruction in conjunction with CACI No. 350, Introduction to Contract
Damages. If there is a dispute regarding the appropriate rate of interest, the jury
should be instructed to determine the rate. Otherwise, the judge should calculate the
interest and add the appropriate amount of interest to the verdict.
For a definition of “fair market value,” see CACI No. 3501, “Fair Market Value”
Explained.
Sources and Authority
• Damages for Breach of Contract to Purchase Real Property. Civil Code section
3307.
• “It is generally accepted that the equivalent of value to the seller is fair market
value. Fair market value is reckoned ‘in terms of money.’ ” (Abrams v. Motter
(1970) 3 Cal.App.3d 828, 840-841 [83 Cal.Rptr. 855], internal citations omitted.)
• “The “value of the property” to [plaintiff] is to be determined as of the date of
the breach of the agreement by [defendant].” (Allen v. Enomoto (1964) 228
Cal.App.2d 798, 803 [39 Cal.Rptr. 815], internal citation omitted.)
• There can be no damages where the value to the owner equals or exceeds the
contract price. (Newhart v. Pierce (1967) 254 Cal.App.2d 783, 792 [62 Cal.Rptr.
553], internal citation omitted.)
• “[T]he view that this section is exclusive, and precludes other consequential
damages occasioned by the breach, was rejected in Royer v. Carter. Under Civil
Code, section 3300, other damages are recoverable, usually embracing the out-
of-pocket expenses lost by failure of the transaction.” (Wade v. Lake County Title
Co. (1970) 6 Cal.App.3d 824, 830 [86 Cal.Rptr. 182], internal citation omitted.)
• “[C]ourts have permitted consequential damages, only where the seller has
diligently attempted resale after the buyer has breached the contract.” (Askari v.
181
Copyright Judicial Council of California
R & R Land Co. (1986) 179 Cal.App.3d 1101, 1107 [225 Cal.Rptr. 285], internal
citation omitted.)
• “[I]f the property increases in value before trial and the vendor resells the
property at a price higher than the value of the contract, there are no longer any
loss of bargain damages.” (Spurgeon v. Drumheller (1985) 174 Cal.App.3d 659,
664 [220 Cal.Rptr. 195].)
• “The same rule of no loss of bargain damages to the vendor applies where the
resale is for the same price as the contract price.” (Spurgeon, supra, 174
Cal.App.3d at p. 664, internal citations omitted.)
• “For the reason that no loss of bargain damages are available to a seller if there
is a resale at the same or a higher price than the contract price, the law imposes
on the seller of the property the duty to exercise diligence and to make a resale
within the shortest time possible. In discussing the duty to mitigate where the
vendee seeks return of a deposit, the Sutter court states the requirement that
resales be made with reasonable diligence ‘states a policy applicable to resales
of real property. Whether the resale is made one, two or three months later, or
whether it be a year or more, it should be made with reasonable diligence to
qualify the vendor to an allowance of an off-set against the vendee’s claim for
restitution of money paid.’ ” (Spurgeon, supra, 174 Cal.App.3d at p. 665,
internal citations omitted.)
• “Although it is well settled in the foregoing authorities that damages under Civil
Code section 3307 for the difference between the contract price and property
value may be insufficient to give the vendor the benefit of his bargain and he is
entitled also to resale expenses and some costs of continued ownership, he
should not be permitted to receive a windfall at the purchaser’s expense.” (Smith
v. Mady (1983) 146 Cal.App.3d 129, 133 [194 Cal.Rptr. 42].)
• “Inasmuch as under Abrams and Sutter the vendor has an obligation to resell
promptly in order to obtain consequential damages and the resale price may fix
the property value as a basis for Civil Code section 3307 damages, we are
impelled to conclude that there is no inherent separateness in the original sale
and subsequent resale transactions. The increased resale price should not be
disregarded in considering an offset to consequential damages awarded to a
vendor against a defaulting purchaser of real property.” (Smith, supra, 146
Cal.App.3d at p. 133.)
• “The owner of real or personal property may competently testify to its value.”
(Newhart, supra, 254 Cal.App.2d at p. 789, internal citations omitted.)
Secondary Sources
1 Witkin, Summary of California Law (11th ed. 2017) Contracts, §§ 929-934
California Real Property Remedies Practice (Cont.Ed.Bar 1980; 1999 supp.), Breach
of Seller-Buyer Agreements, §§ 4.37-4.43
California Practice Guide: Real Property Transactions, Ch. 11-C, ¶¶ 11:101-11:110,
Seller’s Remedies Upon Buyer’s Breach-Damages and Specific Performance (The
CACI No. 357 CONTRACTS
182
Copyright Judicial Council of California
Rutter Group)
50 California Forms of Pleading and Practice, Ch. 569, Vendor and Purchaser,
§ 569.22 (Matthew Bender)
9 California Legal Forms, Ch. 23, Real Property Sales Agreements, § 23.12 et seq.
(Matthew Bender)
1 Matthew Bender Practice Guide: California Contract Litigation, Ch. 7, Seeking or
Opposing Damages in Contract Actions, 7.04[7][f]
1 Matthew Bender Practice Guide: California Contract Litigation, Ch. 8, Seeking or
Opposing Equitable Remedies in Contract Actions, 8.37, 8.58
CONTRACTS CACI No. 357
183

[A/An] [agent/stockbroker/real estate agent/real estate broker/corporate
officer/partner/[insert other fiduciary relationship]] owes what is known as
a fiduciary duty to [his/her/nonbinary pronoun/its]
[principal/client/corporation/partner/[insert other fiduciary relationship]]. A
fiduciary duty imposes on [a/an] [agent/stockbroker/real estate agent/real
estate broker/corporate officer/partner/[insert other fiduciary relationship]]
a duty to act with the utmost good faith in the best interests of [his/her/
nonbinary pronoun/its] [principal/client/corporation/ partner/[insert other
fiduciary relationship]].
New June 2006; Revised December 2010, December 2016
Directions for Use
This instruction explains the nature of a fiduciary duty. It may be modified if other
concepts involving fiduciary duty are relevant to the jury’s understanding of the
case. For instructions on damages resulting from misrepresentation by a fiduciary,
see CACI No. 1923, Damages – “Out of Pocket” Rule, and CACI No. 1924,
Damages – “Benefit of the Bargain” Rule.
The elements of a cause of action for breach of fiduciary duty are the existence of a
fiduciary relationship, its breach, and damage proximately caused by that breach.
(Knox v. Dean (2012) 205 Cal.App.4th 417, 432-433 [140 Cal.Rptr.3d 569].) No
fraudulent intent is required. (See Civ. Code, § 1573 (defining “constructive fraud”).)
Sources and Authority
• “A fiduciary relationship is ‘ “ ‘any relation existing between parties to a
transaction wherein one of the parties is in duty bound to act with the utmost
good faith for the benefit of the other party. Such a relation ordinarily arises
where a confidence is reposed by one person in the integrity of another, and in
such a relation the party in whom the confidence is reposed, if he voluntarily
accepts or assumes to accept the confidence, can take no advantage from his acts
relating to the interest of the other party without the latter’s knowledge or
consent. . . .’ ” ’ ” (Wolf v. Superior Court (2003) 107 Cal.App.4th 25, 29 [130
Cal.Rptr.2d 860], internal citations omitted.)
• “Whether a fiduciary duty exists is generally a question of law. Whether the
defendant breached that duty towards the plaintiff is a question of fact.” (Marzec
v. Public Employees’ Retirement System (2015) 236 Cal.App.4th 889, 915 [187
Cal.Rptr.3d 452], internal citation omitted.)
• “ ‘ “[B]efore a person can be charged with a fiduciary obligation, he must either
knowingly undertake to act on behalf and for the benefit of another, or must
enter into a relationship which imposes that undertaking as a matter of law.”
1002
Copyright Judicial Council of California
[Citation.]’ ” (Cleveland v. Johnson (2012) 209 Cal.App.4th 1315, 1338 [147
Cal.Rptr.3d 772].)
• “[E]xamples of relationships that impose a fiduciary obligation to act on behalf
of and for the benefit of another are ‘a joint venture, a partnership, or an
agency.’ But, ‘[t]hose categories are merely illustrative of fiduciary relationships
in which fiduciary duties are imposed by law.’ ” (Cleveland,supra, 209
Cal.App.4th at p. 1339, internal citation omitted.)
• “The investment adviser/client relationship is one such relationship, giving rise
to a fiduciary duty as a matter of law.” (Hasso v. Hapke (2014) 227 Cal.App.4th
107, 140 [173 Cal.Rptr.3d 356].)
• “There is a ‘strong public interest in assuring that corporate officers, directors,
majority shareholders and others are faithful to their fiduciary obligations to
minority shareholders.’ ” (Meister v. Mensinger (2014) 230 Cal.App.4th 381, 395
[178 Cal.Rptr.3d 604].)
• “Any persons who subscribe for stock have a right to do so upon the assumption
that the promoters are using their knowledge, skill, and ability for the benefit of
the company. It is, therefore, clear on principle that promoters, under the
circumstances just stated, do occupy a position of trust and confidence, and it
devolves upon them to make full disclosure.” (Cleveland,supra, 209
Cal.App.4th at p. 1339.)
• “[I]t is unclear whether a fiduciary relationship exists between an insurance
broker and an insured.” (Mark Tanner Constr. v. Hub Internat. Ins. Servs. (2014)
224 Cal.App.4th 574, 585 [169 Cal.Rptr.3d 39].)
• “It is a question of fact whether one is either an investment adviser or a party to
a confidential relationship that gives rise to a fiduciary duty under common law.”
(Hasso,supra, 227 Cal.App.4th at p. 140, internal citations omitted.)
• “[A] third party who knowingly assists a trustee in breaching his or her fiduciary
duty may, dependent upon the circumstances, be held liable along with that
trustee for participating in the breach of trust.” (Stueve Bros. Farms, LLC v.
Berger Kahn (2013) 222 Cal.App.4th 303, 325 [166 Cal.Rptr.3d 116].)
Secondary Sources
8 Witkin, Summary of California Law (10th ed. 2005) Agency and Employment,
§ 58
Greenwald et al., California Practice Guide: Real Property Transactions, Ch. 2-C,
Broker’s Relationship And Obligations To Principal And Third Parties, ¶ 2:158 et
seq. (The Rutter Group)
Vapnek et al., California Practice Guide: Professional Responsibility, Ch. 6-D,
Professional Liability, ¶ 6:425 et seq. (The Rutter Group)
10 California Forms of Pleading and Practice, Ch. 103, Brokers, § 103.31[1]
(Matthew Bender)
14 California Forms of Pleading and Practice, Ch. 167, Corporations: Directors and
Management, § 167.53 et seq. (Matthew Bender)
BREACH OF FIDUCIARY DUTY CACI No. 4100
1003
Copyright Judicial Council of California
37 California Forms of Pleading and Practice, Ch. 427, Principal and Agent,
§§ 427.12, 427.23 (Matthew Bender)
5 California Points and Authorities, Ch. 52, Corporations, § 52.112 et seq. (Matthew
Bender)
6 California Legal Forms, Ch. 12C, Limited Liability Companies, § 12C.24[6]
(Matthew Bender)

CACI No. 4100 BREACH OF FIDUCIARY DUTY